In 2008 Herman Miller was building tables for the RV industry when two things happened that changed the course of his life: His wife Emma suffered kidney failure, and the RV industry began to struggle due to the economy.

After Emma received a kidney transplant, the Millers sold their farm in Topeka, IN and moved to town. Herman had not been working as much to help take care of his wife, but once she was doing better he thought he would start his own business making tables for the RV industry.

But the universe had a different plan. The economy took a tumble and “lifestyle” purchases such as RVs were the last thing on consumers’ minds.

He met a man from Ohio who owned a furniture business. The man was looking to sell American made fireplaces at his store. Unfortunately, the manufacturer of the fireplaces would not sell them to him.

“He said, ‘Herman if you can build that fireplace, I can sell it’,” Herman explained.

Eight years later, Herman is the proud owner of the Innovative Designs Collection.

It is a small business with just two employees – Herman and his son. His son still works in the RV industry until noon most days, then comes home to help Herman. Still, the business has grown steadily over the years.

His favorite fireplace? “The American Made 49” Electric Fireplace TV Stand,” he said without hesitation.

The fireplace he owns? “That is the Amish Lancaster Classic Electric Fireplace,” he said, “But [I] built a bookcase on top.” 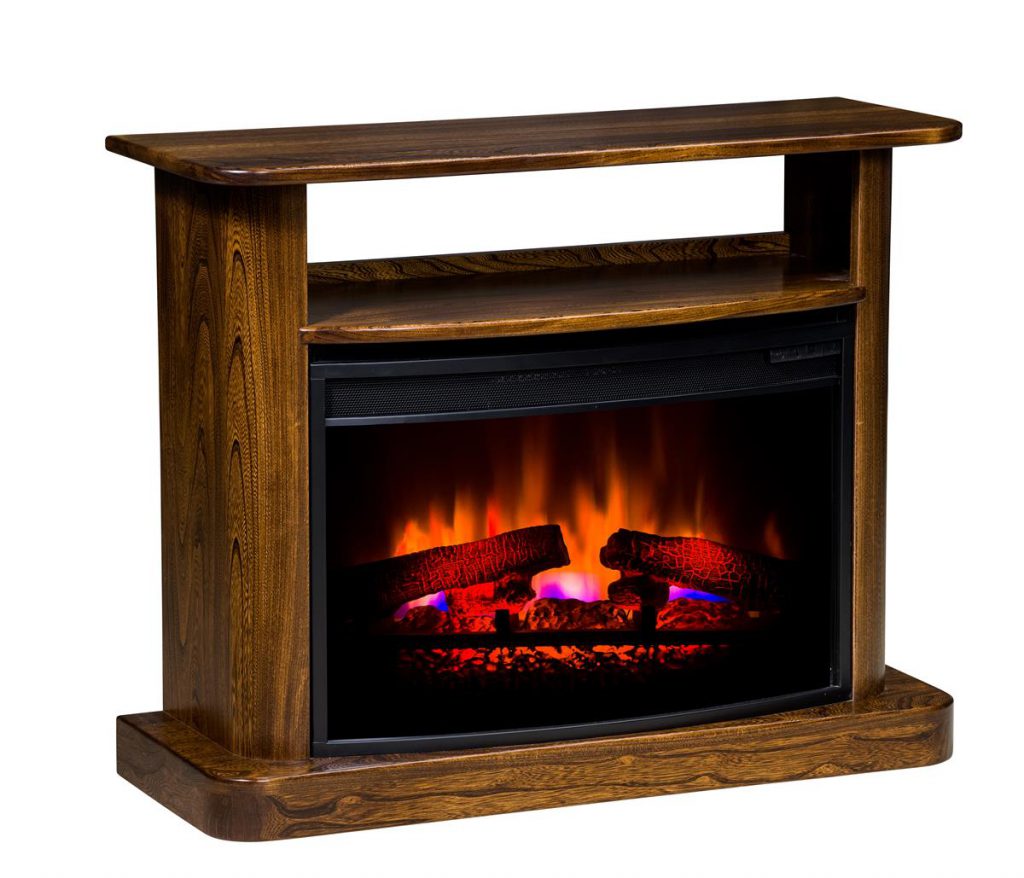 You can tell that he is passionate about his business. He remembers the product numbers, sizes, and features of each fireplace without looking at the catalog.

When asked what his favorite part of what he does is, Herman just said “building fireplaces.” He loves it all.

“I enjoy the fireplace business, I really do,” Herman said. “If I didn’t, I’d probably get rid of it and stay in Florida all winter.”

Call us selfish, but as much as we would love Herman and Emma to become Floridians, we love his passion for handcrafting fireplaces even more.

To inquire about a custom design, please call 866-272-6773 to speak with one of our knowledgeable furniture specialists.

Note: Like many in the Amish community, for religious beliefs the Millers requested their photo not be taken.

This blog post was originally written on May 26, 2017. In March of 2021, Keystone Collections was acquired by Canal Read more