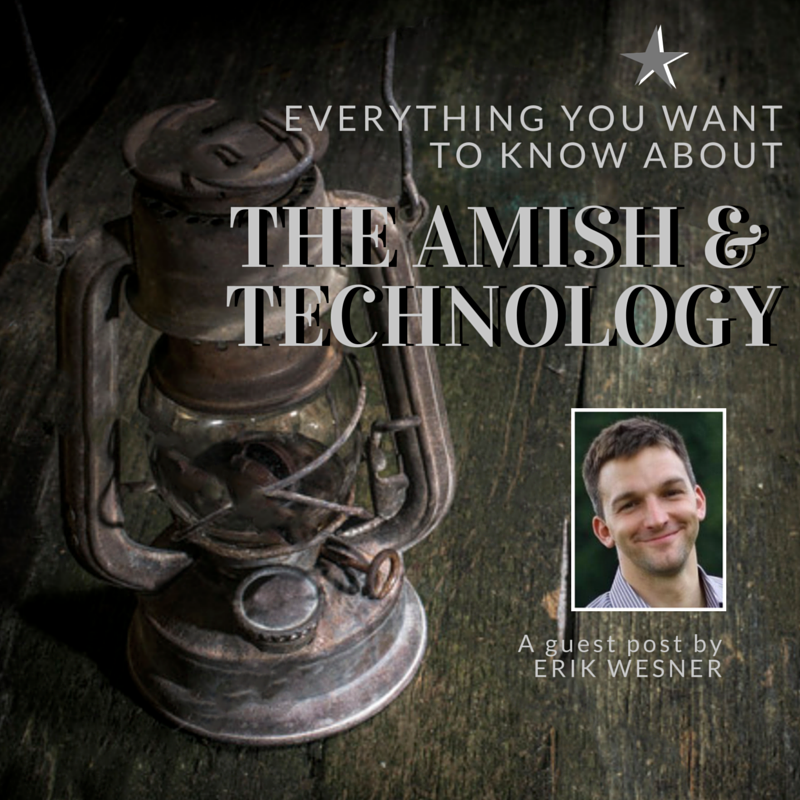 We’re welcoming Erik Wesner, author of Success Made Simple: An Inside Look at Why Amish Businesses Thrive, back to the blog to explain another aspect of Amish life that . . . confuses outsiders, to say the least. What, exactly, is the relationship between the Amish and technology? Do go on, Mr. Wesner . . .

The Amish and Technology

Technology definitely has a place in Amish society, but in many ways, that place is part of a larger belief system.

At first glance, one of the more puzzling aspects of Amish life is their relationship to technology. Some of the ways Amish use gadgets and devices can be hard to figure out—for example, why do Amish find it alright to park a tractor by the barn to use its engine to power another machine, but refuse to use the same tractor to work in the fields? Or, why do some Amish forbid the phone in the home—but permit it as long as it’s kept in a communal shanty a quarter-mile away?

Outsiders can view these technological gymnastics as nonsensical or even hypocritical. But the Amish have solid reasoning for why they try to limit and harness technology in their own specific ways. In this piece we take a look at the Amish approach to technology and answer some common questions.

Do the Amish think technology is evil? 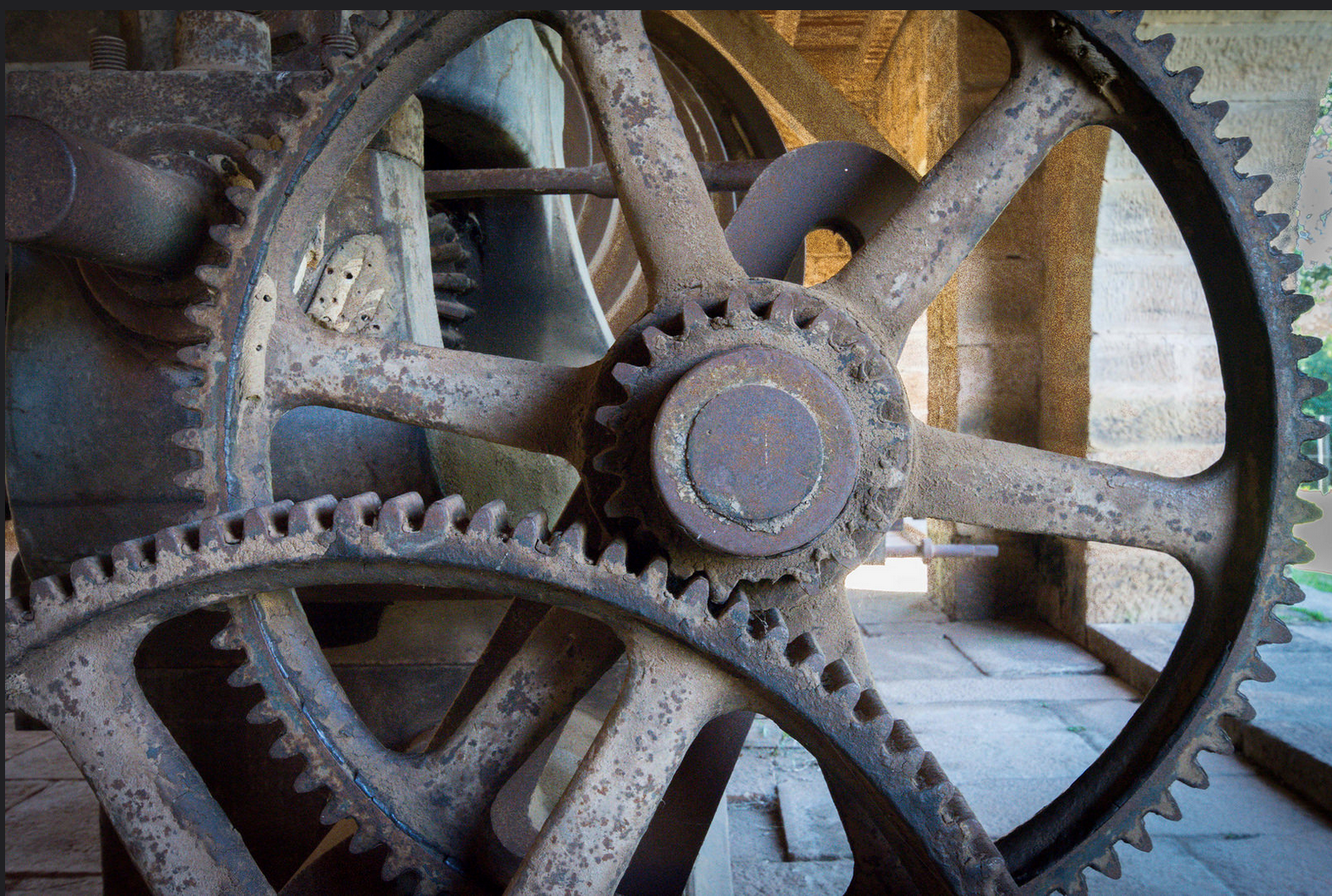 Technology plays a role in the Amish community, it just doesn’t act at the center

Some assume that the Amish feel technology is evil. After all, why would they go to such trouble to control or prohibit it? In fact, Amish realize use of some technology is a necessity. They don’t reject all technology, but instead are careful about choosing what to use—and how to use it.

Amish are cautious about technology because they feel freely accepting all technology can weaken a family and community. Media technologies, for instance, introduce un-Christian influences—for example, televisions and other gadgets distract from family time, as does a phone line in the home, and the internet can bring immoral content directly into the house. Rejecting the car, to take another example, slows the pace of life and forces Amish to remain in closer contact with, and depend upon, others in their communities.

Amish have different ways of regulating technology (which can vary widely depending on the group in question). Their approach may mean not owning a technology, but tapping into it on occasion.

A good example is the car. Amish do not own or drive cars, but sometimes hire drivers out of necessity, when they need to travel long distances. Other Amish adapt technology by creating a version of a device acceptable to the church standards (aka Ordnung). Examples include adapting power tools to operate on hydraulic or pneumatic power, or specially-made word processors which allow business people computer power for data entry and record-keeping, but without an internet connection.

What types of technology do Amish use? 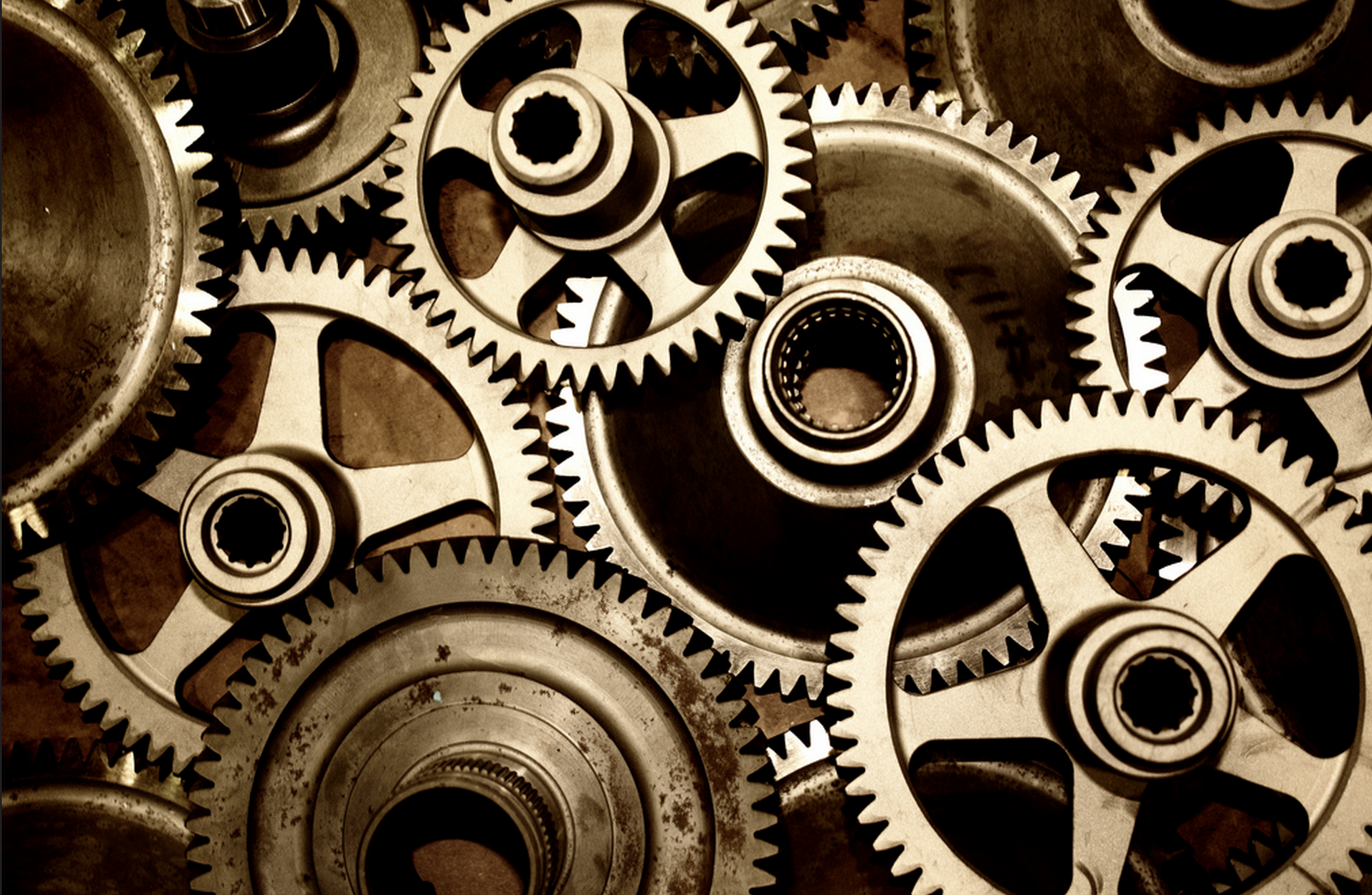 As with so many of the Amish society’s rules, the restrictions & allowances can vary by circumstance and location

Depending on the community, a wide variety of technologies may be accepted. Here are a few examples:

There can be a great difference between the level of technology accepted in the most conservative Amish churches and the most progressive. The plainest Amish reject indoor plumbing, safety triangles on buggies, any use of the tractor, propane gas for heating, chainsaws, and a whole host of other devices.

On the other hand, the most progressive may live in homes that resemble those of the non-Amish (but for their lack of an electrical connection), use solar panels and diesel and gas generators to charge batteries used in a range of devices including lighting and electric fences, drive a buggy illuminated by a wide assortment of lights, use a computer in the workplace, and even fly in an airplane in some cases.

There is a range of space in between these two extremes. Amish acceptance of technology develops differently in different communities, and can depend on a variety of factors.

Are the Amish “stuck in time” as they are sometimes described? Do they ever change? Amish in fact do change over time, and adopt new technologies—even the most conservative Amish, though at a comparatively glacial pace.

In each community there is a pressure for change and adoption of new devices, though this will be greater in some places than others. These pressures can often be driven by economic concerns. Some technologies may be accepted by default over time—if enough people adopt them without the church making a statement against them, they may become a part of the community’s technological package by default. In other cases, a technology may be considered for an extended period of time before the bishop decides to raise the possibility of accepting it, via a church vote.

Communities which face greater economic pressure—typically larger places where the cost of living is high, such as Lancaster County, Pennsylvania—tend to generally be more progressive on technology use, since these devices often help enable a business or farmer to make a living, and can thus be justified from an economic standpoint. An example of this can be seen in the creep of mobile phones into numerous communities where Amish business people (builders, for example) have found them to be a necessity—or at least a great convenience.

Amish remain cautious about technology, even as many deal with pressures to accept more technology in order to succeed economically. Some Amish opt for plainer lifestyles, feeling the path of those who adopt more technology to be a mistake. Due to a combination of factors, there is a wide variety of technology use across Amish society, one of many factors contributing to Amish diversity.

By Erik Wesner, author of Success Made Simple: An Inside Look at Why Amish Businesses Thrive, and editor of the Amish America website

Wood that’s quarter sawn is cut differently, resulting in unique patterns that are stunning to see on a piece of Read more

Preparing a nursery for the arrival of a new baby is an exciting time. As you look to equip the Read more

Modern Amish furniture does exist. Just because it’s made by hand with solid wood and will last from the birth Read more