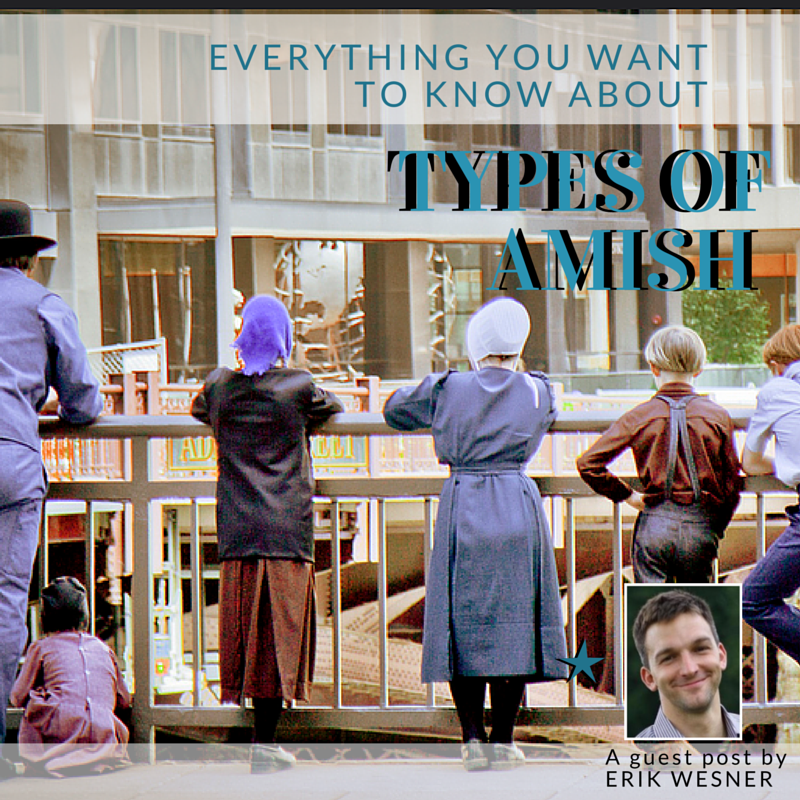 Say hello again to Erik Wesner, author of Success Made Simple: An Inside Look at Why Amish Businesses Thrive, as he explains the different types of Amish groups spread across the country:

There are over 2,000 Amish congregations scattered across 30 states and one Canadian province. While the members of these churches share many things in common, including most religious beliefs, German dialect, and horse-and-buggy travel, there are also differences across the churches.

This wide diversity affects technology, dress, style of home, and numerous other facets of everyday life. What are some of the different Amish groups? Why are there so many groups of Amish? How do they cooperate and interact?

Amish are not all the same 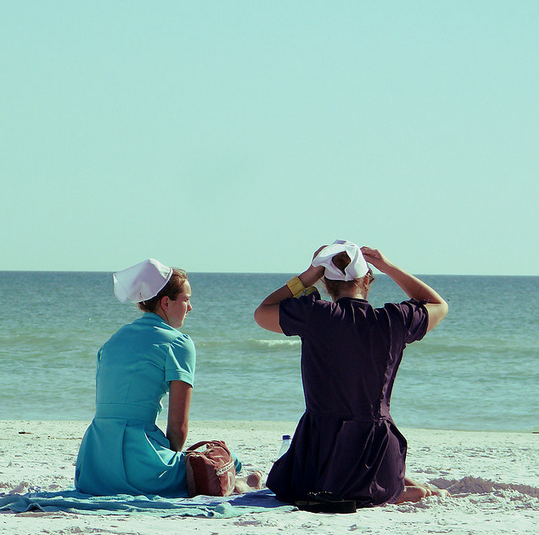 To the average observer, Amish people might all seem to be about the same. But different Amish churches and communities can be distinctly different. Some Amish wear more conservative clothing, for example, with wider hat brims and plainer colors favored, while shirts and dresses in more progressive places can be made from vibrant colors such as pink and yellow. Women’s prayer coverings can also vary in style across communities, as can the length of men’s beards.

Amish buggies are another visible area where differences arise. This is most obvious by color—buggies can vary in hue from black, to grey, to white, with a few communities using brown and even bright yellow carriages. The technology used on the buggy itself can differ too—with many using bright battery-powered lights, while the most conservative limit lighting to a single oil lamp hung on one side of the carriage.

For that matter, technology is another area where Amish diverge. The plainest groups use few household implements, lack plumbing and bathrooms in the home, and light their abodes with old-fashioned kerosene or oil lamps. The more progressive Amish homes can have kitchens and bathrooms resembling non-Amish ones, illuminate their homes using built-in fixtures burning propane gas, while solar panels mounted on the roof charge batteries for a variety of devices.

Amish choose to exhibit their plainness and “be Amish” in numerous different ways. These differences have often evolved over time due to a variety of different factors. Some Amish groups actively choose a plainer course. Others evolve in a more progressive direction (critics call this “drift” or “backsliding”), permitting more technology and closer ties with the world.

In some cases a schism in a group results in two groups which move in different directions. When discussing these divisions, Amish may express regret that they occur. Some communities, such as Holmes County, Ohio, have shown more of a propensity for schism, while others, like Lancaster County, have largely preserved a single affiliation, a term explained in the next section. 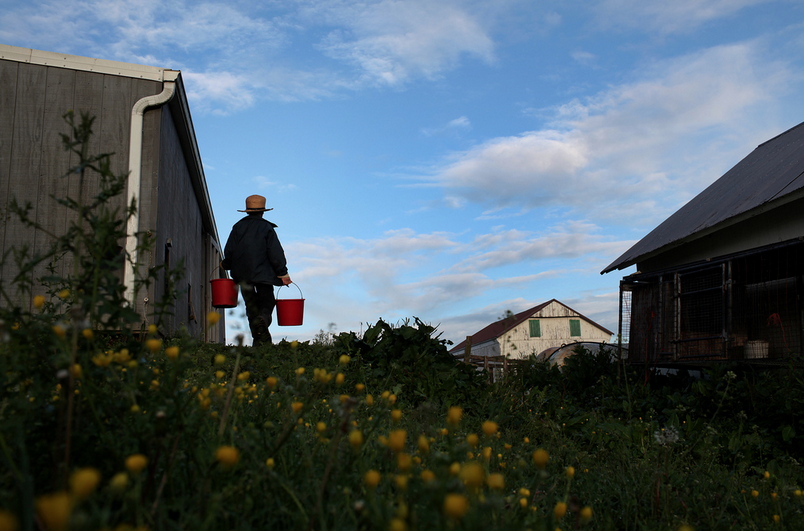 The authors of “The Amish” describe affiliations as “loose federations of like-minded Amish churches,” which is one way to think about the different types of Amish

One way to categorize the Amish is by affiliation. The authors of The Amish describe affiliations as “loose federations of like-minded Amish churches” (p. 140). There are over 40 different Amish affiliations today, as well as numerous other unaffiliated churches. Here are a few of the main affiliations and groups:

These are some of the largest groupings of Amish churches, and tend to be generally more progressive with technology. These include Holmes County, Ohio, Lancaster County, and Elkhart-Lagrange, IN Old Order affiliations.

Perhaps the most conservative of all Amish, found in over a dozen states. Very limited technology, very plain appearance of clothing and homes, and refusal to adhere to certain requirements which other Amish accept, such the orange SMV safety triangle on buggies.

New Order Amish tend to be among the more progressive on technology, though despite the name, they closely resemble corresponding Old Order churches in dress, use of horse-and-buggy, and overall lifestyle. New Order Amish tend to differ in the way they express their Amish Christian faith, taking a more evangelical and mission-minded approach, as well as professing belief in assurance of salvation.

So-called Swiss Amish churches, found in a number of states including Indiana and Michigan, have a name reflecting their members’ Swiss European origins. Swiss churches are distinct from most other Amish in numerous ways, including the type of German dialect spoken, style of carriage used (only open carriages are allowed), and other cultural practices.

These are just a few of the numerous Amish affiliations. The distance between the most progressive and most conservative churches can be quite great. 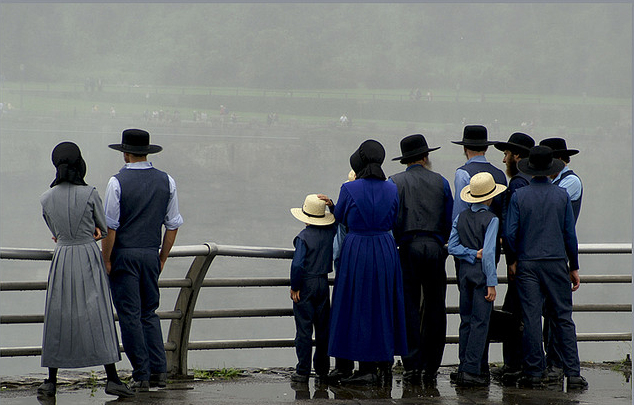 While the Amish are highly aware of their differences, the general public tends not to be. This can lead to confusion and other complications when issues arise. Non-Amish used to the ways of one Amish community may be puzzled when they discover that Amish in another area do things differently. Examples of conflicts which can arise can be seen in clashes over building codes (some Amish do not permit smoke alarms, for example), buggy safety triangles, and outhouses.

A particular Amish church’s worldview also influences who that group associates with. Groups that have enough things in common can be said to be in fellowship with one another, which means to “have a spiritual affinity that allows them to collaborate on some level” (see The Amish, p. 151). In practice this can mean permitting an exchange of preachers as well as intermarriage. Those who are close in some ways, but with certain differences such as disagreements over key pieces of technology, may be prevented from having so-called full fellowship, with a looser partial fellowship relationship instead.

What they have in common 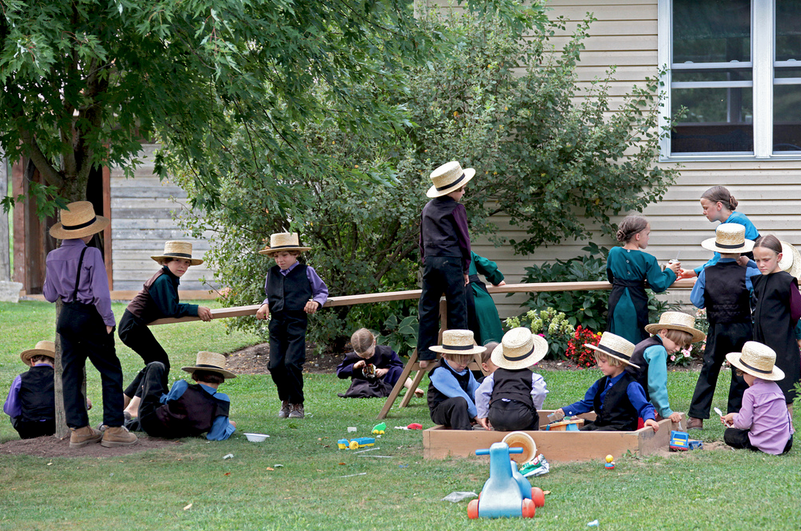 From core beliefs to plain clothing and buggies, the Amish still have plenty in common between groups

Amish of different backgrounds work together in numerous ways despite any differences—as co-workers, in community events, and in mediating occasional disputes and issues that might arise with the government. All Amish uphold certain basic church practices and beliefs, including home worship, a stance of nonresistance, untrained ministry selected from the lay male members, twice-yearly Communion service, social shunning, and others. All Amish wear a form of plain clothing, speak a German dialect as their primary language, and use the horse-and-buggy to some degree.

The way these various aspects of everyday life exhibit themselves can vary, but Amish of all stripes practice them in one form or another. Most importantly, all Amish share a common faith in Jesus Christ which guides them in their daily lives.

Article by Erik Wesner, author of Success Made Simple: An Inside Look at Why Amish Businesses Thrive, and editor of the Amish America website.

There are plenty of advantages to purchasing a bedroom set. We review them here, showcasing the benefits, features and power Read more

How to Measure for a Furniture Delivery

As funny as it was, to watch Ross, Chandler and Rachel trying to shove a sofa up the stairs to Read more

One popular design trend this year involves getting creative with lighting fixtures that enhance décor and make a statement. How Read more

Cottagecore has amassed quite a following. Loved for its natural style and feel-good practices, the cottagecore culture embodies rustic design, Read more