If there’s one thing I love about summer, it’s shoving some new books into my beach bag and getting lost in a good story.

For vacation, beach time, a plane ride, rainy afternoons and the reading time you try to steal right before going to bed, here are some recommendations for your summer reading list from our family here at DutchCrafters.

One for the science fiction fans, The Three Body Problem Trilogy takes on conflict with an alien civilization. A secret military project sends signals up to space and when an alien culture receives the signal, a plan to invade Earth is underway.

Thirst: A Story of Redemption, Compassion, and a Mission to Bring Clean Water to the Worldby Scott Harrison

Thirst is the story of Scott Harrison who left the unfulfilling dead-end party scene as a top nightclub promoter in New York City to found one of the biggest charities in the world. It is a story of redemption and coming to terms with his faith and his purpose in life. Harrison had no money and no experience when he started the charity: water, his non-profit organization that aims to bring clean drinking water to millions all over the world. Thirst looks at Harrison’s journey as he worked to build his charity.

*100% of the proceeds from Thirst go toward funding water projects around the world.

Where the Forest Meets the Stars by Glendy Vanderah

Joanna Teale is dealing with the pain of losing her mother coupled with her own fight against breast cancer. Using her work as a distraction, she is suddenly in contact with a girl who calls herself Ursa, who says she’s been sent from the stars to witness five miracles. Jo takes her in, and both she and her neighbor learn more about Ursa as they form a bond. The story climaxes as Ursa gets closer to seeing the 5th miracle and secrets all come to light.

The Husband’s Secret by Liane Moriarty

Cecilia Fitzpatrick is so put together that she simply doesn’t have time in her planner for her world to be turned upside down. But that’s exactly what happens when she finds the letter: a letter her husband wrote years ago that’s about to rock her world.

As Cecilia unravels, those involved with the content of that unburied letter begin to swirl toward each other on unpredictable paths lined with tension, uncertainty and determination to get to the truth.

*I read this book in the airport and on a plane ride home after visiting my daughter at college. I could not put it down—it’s that good.

This book follows the story of Carl Morck, a homicide detective, who is devastated when two of his fellow detectives are killed and he holds himself responsible. Dark and mysterious, this story follows Carl as he is promoted and begins to work on a cold case involving a liberal politician who vanished 5 years earlier.

*This book is the first in a series.

Author Tara Westover shares her upbringing by parents who did not believe in education or medical care. She survives an abusive situation at home. She does not attend school until she is 17 years old.

Despite being deprived of what so many take for granted, Tara embarks on a quest to attend school, going as far as attending Cambridge and Harvard universities.

From the DutchCrafters Book Club:

Night Film is a mystery thriller that starts with young Ashely Cordova dead of an apparent suicide. But was that the case? Investigative journalist Scott McGrath looks deeply into her life and the circumstances surrounding her death. This brings him closer to the world of her legendary father, horror cult film director Stanislas Cordova, a recluse that has been hiding from the public for 30 years.

An earlier investigation of Cordova ruined McGrath’s reputation, job and personal life. This time he’s out to uncover all the details of this story. But it could cost him even more.

Here are some great bookcase options to keep your collection of books and some accent table styles with spaces for keeping your kindle tucked away when you’re not using it.

We’d love to hear what books are on your reading list this summer and what you recommend. Please share them with us in the comments section below.

Check out other great reading list recommendations from Goodreads, Barnes and Noble, and Amazon to keep you entertained all summer long! 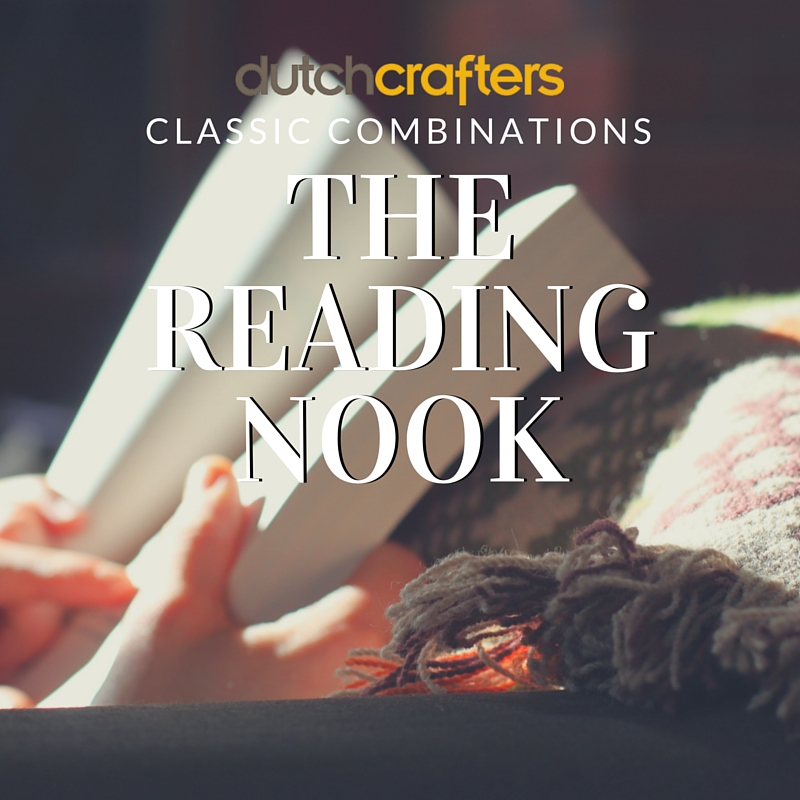 With so many great books out there and so little time, too many titles just pass us by. With a Read more

It’s a question our Furniture Specialists are often asked. What do DutchCrafters chair seats really feel like? If there’s one Read more

If you had 48 hours to spend in Sarasota, Florida, where should you go? What should you do? Located on Read more