The vanity table has been dubbed many titles throughout its history including: toilet table, dressing stand, dressing table, and vanity. Early dressing stands included a folding top, cistern, and a basin drawer for light bathing and removal of cosmetics. Their widespread use was normally reserved for society’s elite. Both men and women enjoyed vanity tables. Men stored hair powders, razors, oils, and combs in them, while women used them to store cosmetics, perfumes, and hair accessories.

Vanities were originally called toilet tables. They were used in the bathroom for general hygiene and included a wash basin beneath a fold down top. Over time, these tables became smaller and more delicate with elaborate drawers to keep beauty products tucked away when not in use.

The creation of the vanity table and enhancements to its design really took shape throughout the 18th century when members of high society focused on fashion with an increased desire to have grandiose furniture designed exclusively for their wardrobes and accessories. The design of a dressing table or vanity table could indicate the owner’s status in society. Emblems displaying the owner’s coat of arms were often featured at the top of each table corner.

Both the pondreuse and the lowboy served as inspiration for the vanity table. The pondreuse was popular in France in the 17th century. It had a small table for holding perfumes and make up with a drawer for storage.

Lowboys were popular in England and the U.S. during the 18th century. They were small with short legs and offered one to two rows of drawers for storage. Lowboys were often custom-made, and had decorative elements like intricately carved legs and drawer handles.

Dressing tables of the 19th century were larger than their predecessors with the addition of several drawers and a mirror. It was during the late 19th century that this cabinet-style furniture became a matching part of bedroom furniture collections. 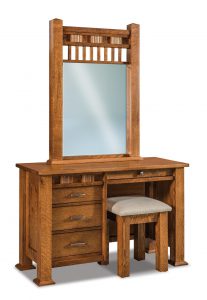 The variety of dressing tables increased during the 19th century, with Colonial, Queen Anne, and Chippendale style tables offering elaborate models. Victorian Era dressing tables were often made of oak, walnut, or mahogany with brass pulls and intricate detailing. 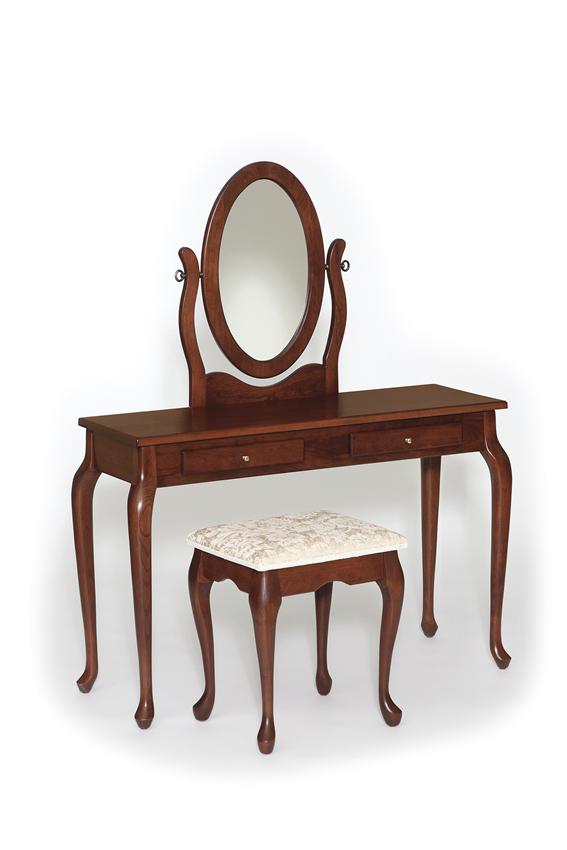 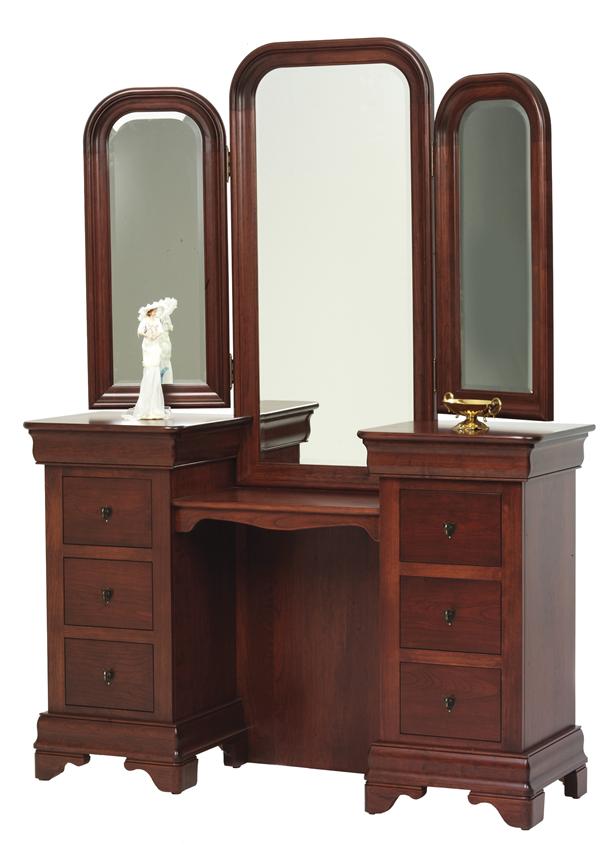 As the Arts and Crafts movement moved away from the intricate styles of the Victorian Era, dressing tables became simpler. Mission style dressing tables featured clean, straight lines and were made of oak wood.

During the Art Deco period in Europe and America dressing tables were symbols of glamour and luxury. They were often featured in films of the 1920s and 1930s, making them a popular item offering the perfect combination of modern styling and fine craftsmanship.

The Amish 42” Shaker Dressing Vanity is full of form and function with a natural look that blends well with modern furniture. 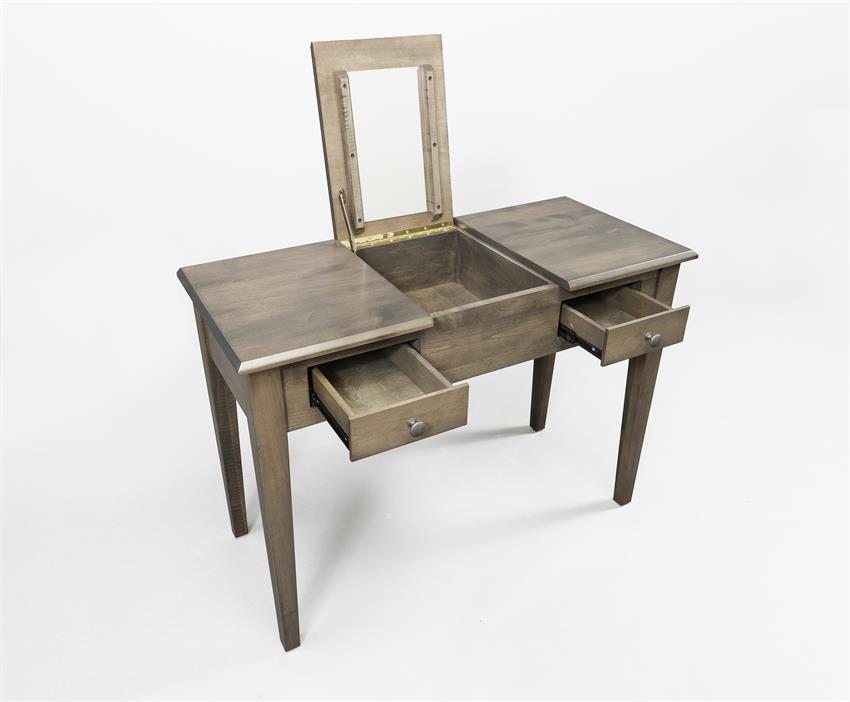 The Amish Handcrafted Shaker Dressing Table is the masterpiece of vanities, complete with twelve drawers for make-up and hair accessories along with jewelry compartments and a mirror. 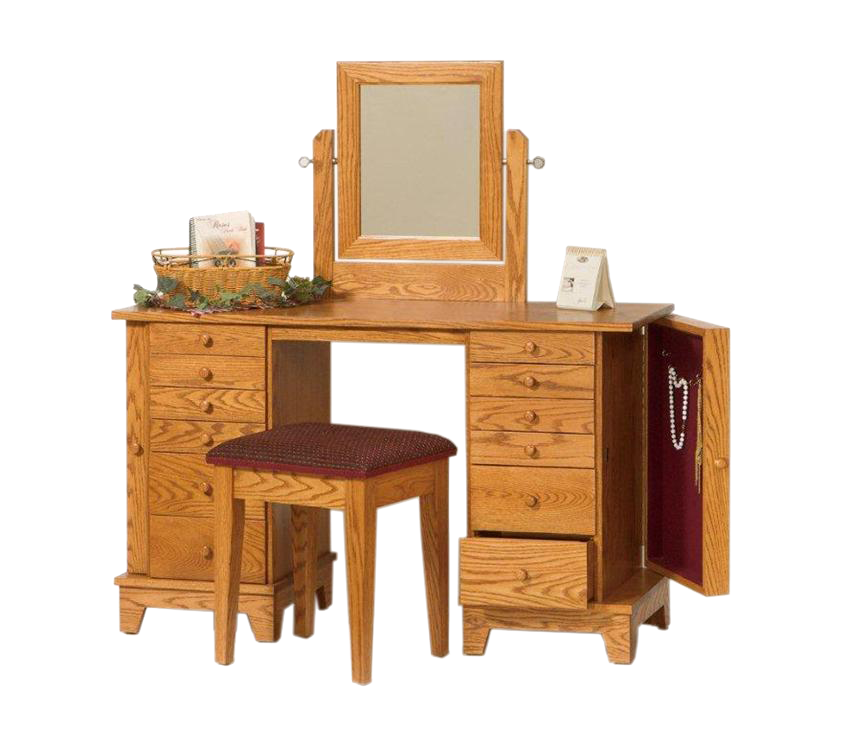 Let vintage chic reign in your master bedroom with a handcrafted Amish Vanity Table from DutchCrafters.

The History of the Daybed