Now I forgot what I was going to say…

Just kidding! But, there is just nothing like a freshly baked, crunchy-crusted, squishy-centered, moist, easy-to-break-apart loaf of bread.

However, and especially since I live in humid Florida, it’s difficult to keep bread fresh and mold-free for more than a few days.

At my house, we store it in the freezer. While this helps it last, it means we are thawing bread in the microwave (which tends to make it chewy) almost every morning, and it also limits the already limited amount of freezer space we have.

One possible solution, it turns out, is a bread box. 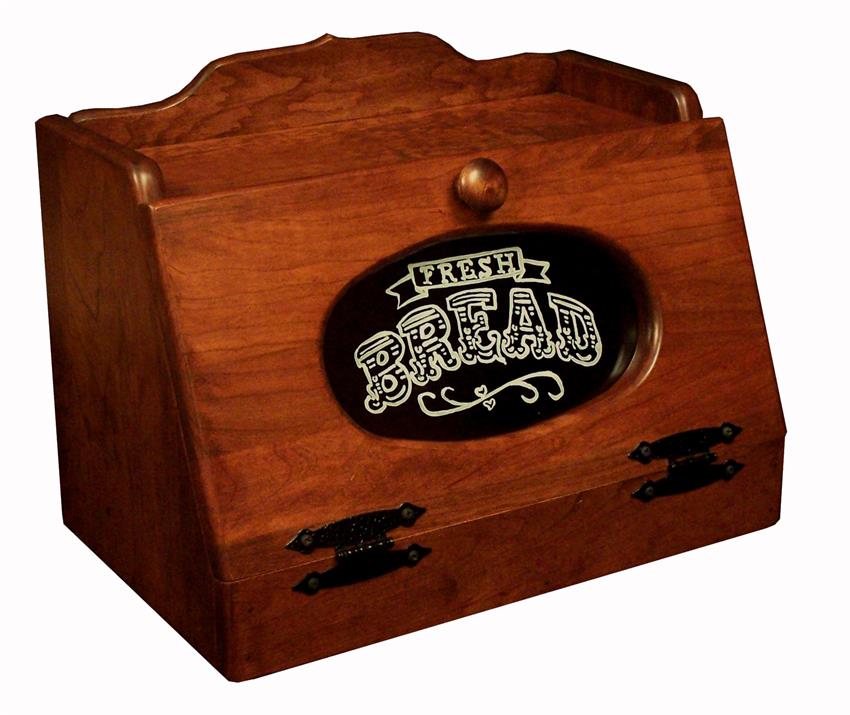 History of the Bread Box

Popular in the U.S. before loaves were baked with preservatives and wrapped in plastic, bread boxes (or bread bins as they are called in the U.K.) have become popular again thanks to consumer demand for artisan bread and baking bread at home.

While there isn’t much information available on when the bread box was created, the Smithsonian has one from the late 1800s in their collection that was used to transport bread on trains and wagons, and it was patented in 1918 by a Stanley Walter Krebs.

Whoever invented it did so because originally you would buy your bread wrapped only in paper directly from the bakery or make it yourself. While it was typically consumed the day it was made (hence the phrase, “give us this day our daily bread”), without chemical preservatives, it had a short shelf life. 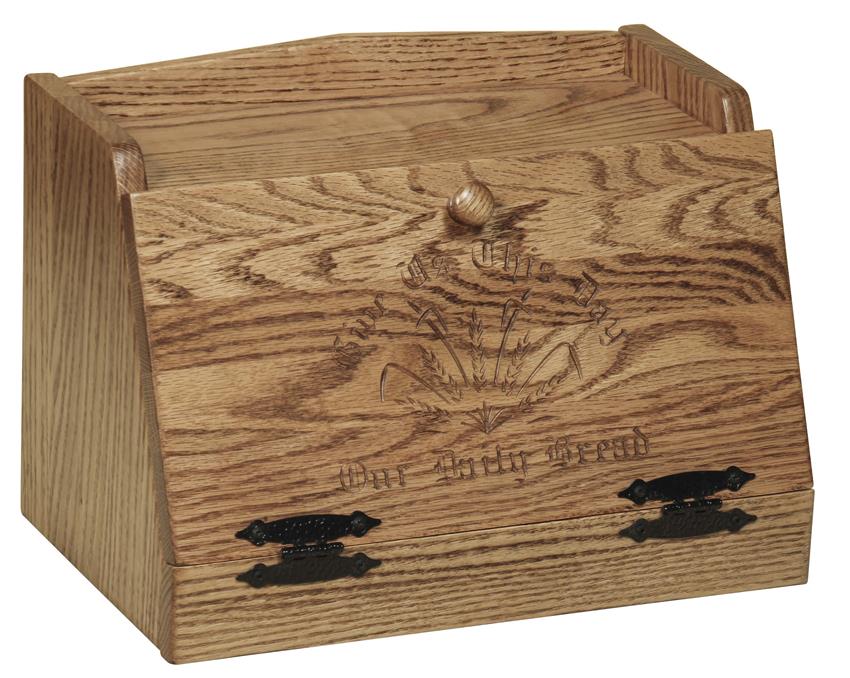 Bread boxes became a necessity to keep a staple food fresh longer, limit mold-producing moisture, and to keep it away from pests like mice and ants. Depending on the type of bread, a breadbox can prevent loaves from going stale from three days to a week and possibly longer.  They are also a way to keep the kitchen looking tidy and help prevent the spread of breadcrumbs.

These days, bread boxes can be found in a variety of materials, including ceramic, metal, enamel, and wood, and in designs suited for a variety of tastes.

While a bread box won’t prevent bread from going stale or growing mold, a good one will keep what’s inside at room temperature by having a lid loose enough to allow just the right amount of air to circulate, preventing the bread from producing condensation and growing mold without drying out the bread. It will also have a lid tight enough to protect the bread from pests and light.

Some come with holes to allow for airflow, while others rely on ventilation to happen naturally through the edges of the lid.

As long as the lid closes tightly, the kind you choose really comes down to your aesthetic and the style of your kitchen.

Wood bread boxes, like the ones we sell, are most often found in traditional kitchens, but a variety of designs available in oak or cherry with different stain options allow them to work in contemporary or eclectic kitchens, and can add a dash of vintage, heirloom appeal to a modern kitchen.

Amish Made Bread Box with Bottom Hinge shown in cherry and oak.

Keep in mind that bread boxes are typically 12w x 6d x 6h and can usually hold one to two average-sized loaves of bread. If you bake a lot, a larger bread box may be an ideal choice as it can hold bread and other baked goods like muffins and cakes.

A flat top box is also ideal for kitchens with limited counter space because you can place other kitchen items on the top.

How to Store Bread in a Bread Box

Important things to remember when storing bread in a box:

Alright, now it’s time to make something to put in your bread box. This Amish milk bread recipe first appeared on The Spruce. It’s by Elizabeth Yetter, who as per her bio on the site, “began baking bread in her teens as a way to get in touch with the Pennsylvania German and Amish history that surrounds her home.”

You’ll need about 3 hours and 10 minutes to create this goodness (but a good portion of that is spent allowing the dough to rise – I made dinner, washed dishes, and watched an episode of a show on Netflix while waiting for the dough to double in size).

Using the measurements next to the ingredients listed below will yield two loaves. 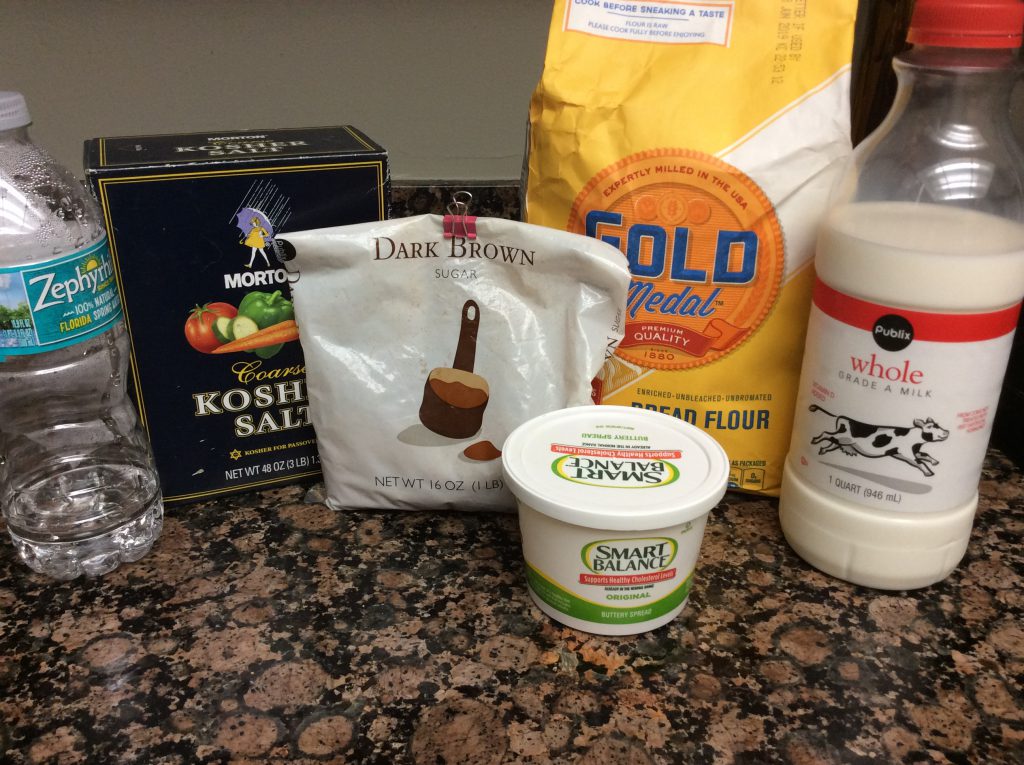 Although I don’t think my loaf rose as much as it was supposed to, I ended up with a golden-crusted, delicious loaf of bread. Enjoy! 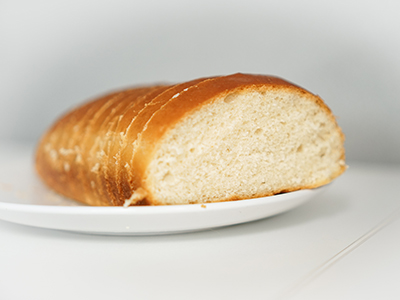 5 Reasons to Invest in an Adirondack Chair

If being outside in such a relaxed state you could fall asleep where you sit appeals to you, then you Read more