Industrial style furniture was named after its original purpose, to support the manufacturing industry. The Industrial Revolution began in Britain in 1760 and eventually spread to other parts of the world. During this time, the invention of new machines lead to the creation of factories and mass production. Workers shifted from using hand tools to operating machines, and started to need pieces like drafting tables, stools, and material handling carts.

Industrial furniture was simple, practical, easy to mass produce, and made to withstand harsh conditions. It was merely part of daily work, and not considered stylish. 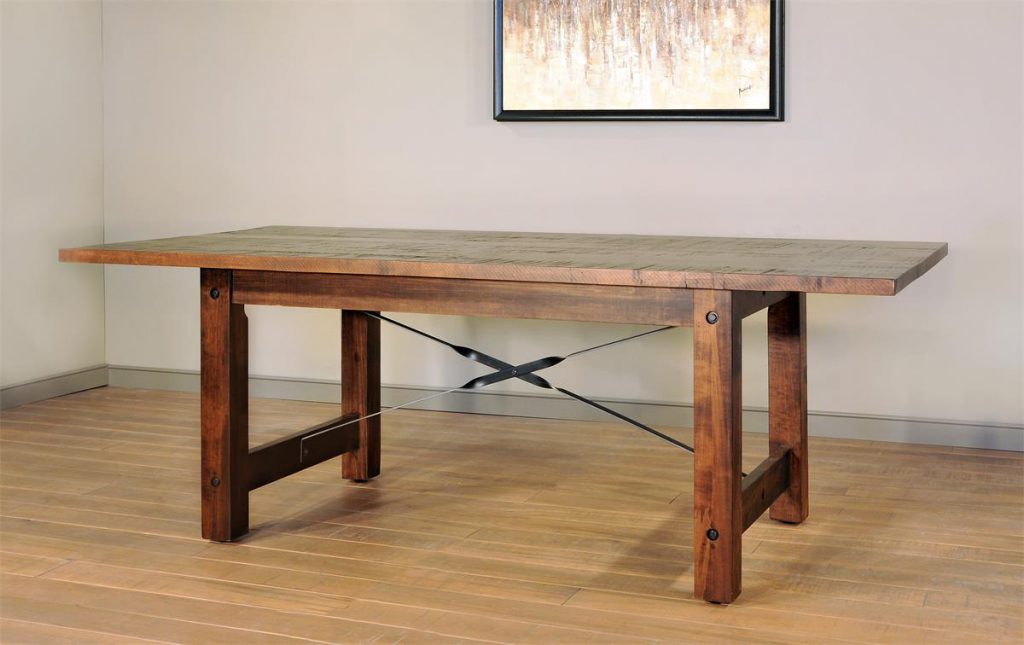 The Ruff Sawn Beam Dining Table is a hard worker for any dining room.

One example of early industrial-style furniture is the NICOLLE chair.

Founded in 1913 near Paris by Paul Henry Nicolle, the Nicolle factory made and stamped metal disks. Nicolle designed a chair to meet the needs of his workers. In true industrial style, it was a metal stool with a functional form. The 3-foot stool featured a welded circular seat with a backrest shaped like a whale’s tail. It became popular in factories throughout France. 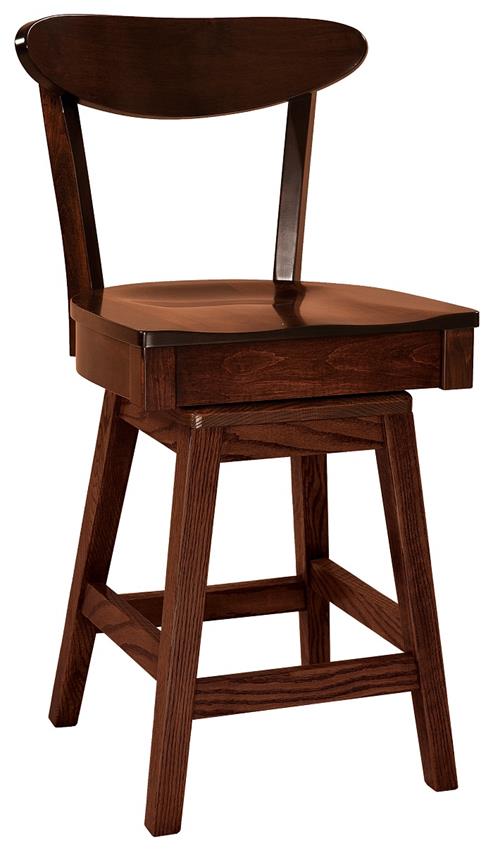 The Amish Hawthorn Swivel Bar Stool features a back similar to the once popular “whale tail” back.

In 1946 the NICOLLE factory produced a new version with a swivel seat with an adjustable height feature. The factory changed hands in 1954 and the new owner, Fichet-Bauche, focused on adjusting the stool’s design to meet safety standards. The metal seat was replaced by a wood one and was widely accepted.

However, as safety requirements in the workplace continued to change, NICOLLE chairs could not keep up. Production of the chairs eventually stopped until Jerome Lepert, an industrial archaeologist, discovered and restored the original tools and molds used to make NICOLLE chairs and relaunched production in 2004.

Another example of industrial furniture is the Remington Rand Chair. After World War II ended, America experienced positive economic growth that created jobs and called for the building of offices with sturdy equipment. Remington Rand was an early American business machines manufacturer and produced swivel based adjustable chairs to meet the growing demand for office furniture.

The need for industrial furniture began to disappear in the 1970s as offices and workplaces advanced and evolved. Steel office chairs were replaced with plastic, fabric, and leather chairs. The trusted draftsman tables were replaced with computer tables and desktops. As the fire systems in offices improved, there was less need for fireproof work furniture. 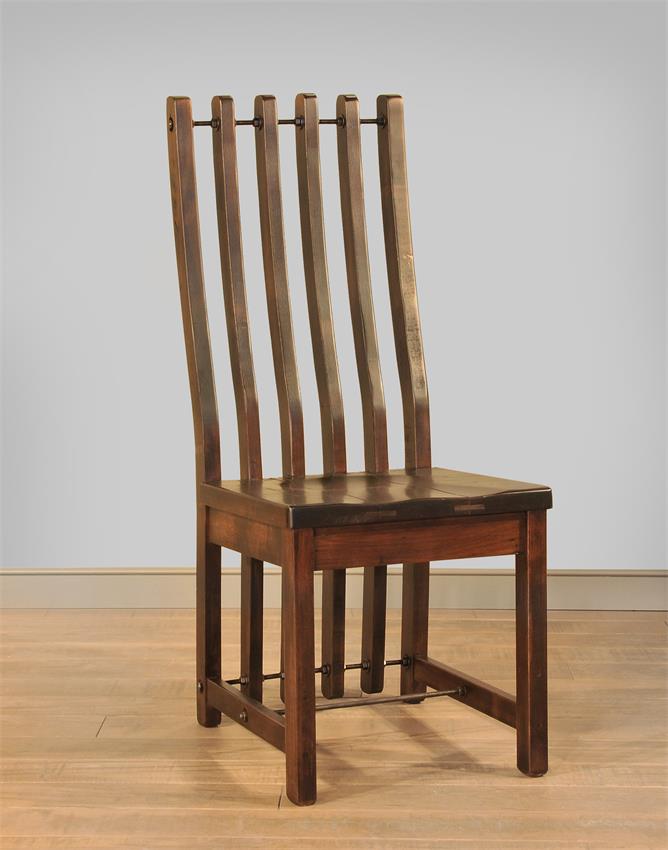 In the 2000s industrial style furniture saw a revival as the popularity of minimalist, functional furniture grew. With environmental awareness heightened everywhere, the matching of earthy materials and repurposed wood with steel elements gained appeal. 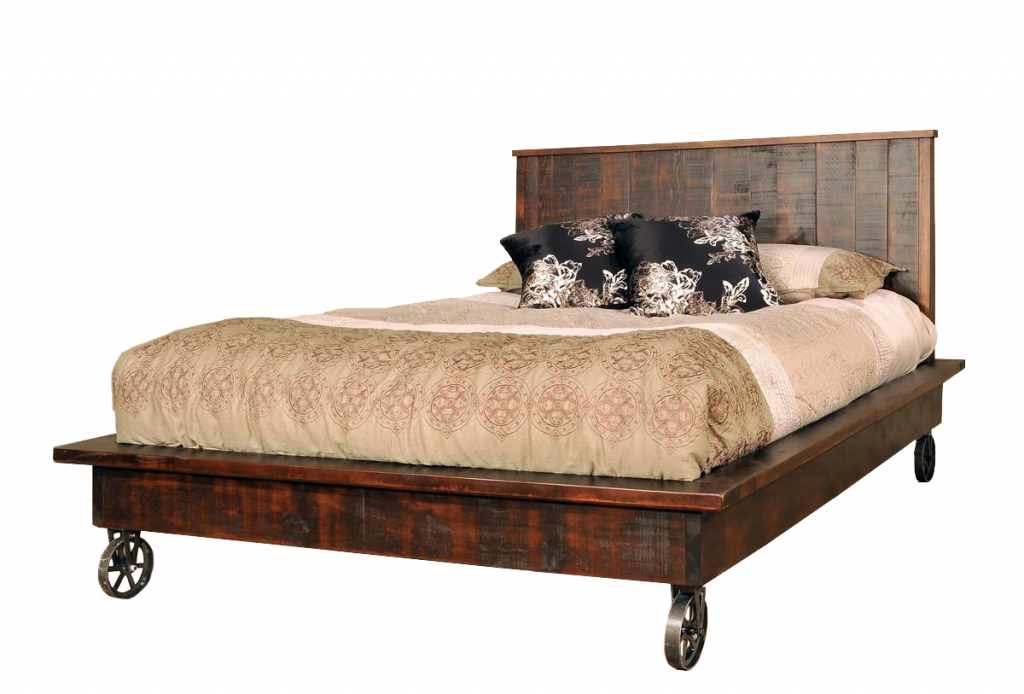 The Ruff Sawn Steampunk Platform Bed is a natural beauty with a modern platform base and metal wheels.

Related Posts
How to Shorten the Wait for New Furniture