Loveseats are loved for offering seating without taking up as much space as a sofa. They fit in small spaces and add color with attractive fabrics and leathers. Originally designed for two people…..

That’s right, back in the Victorian era when dresses billowed and poofed, and underneath them laid hoops, petticoats and layers, a seat was designed that let a woman sit and smooth out her dress.

Who Invented the Loveseat?

The loveseat debuted in the late 17th century and was originally made of wood with no upholstery. These seats were initially only found in the homes of the wealthy, and it’s not clear who the inventor was.

A hybrid of the loveseat was the so called “fainting couch,” which was a form of daybed with a curvy frame and a back that was raised at one end. Myth has it that this was popular during the Victorian Era when women would faint from wearing tight corsets and used this couch to do so!

How Did the Loveseat Get Its Name?

During the 18th and 19th centuries, dress styles changed and became more form fitting. Now there was suddenly more room on this “woman with dress” seat, and it could accommodate two people nicely. Couples could sit and talk in a semi-private manner and not be gossiped about. The name loveseat developed, and this furniture took on a romantic aspect.

The name “courting couch” was used to describe a type of loveseat that a couple could sit on together face to face with a proper separation. The design of courting couches was frilly and grand.

Also known as a tête-à-tête, courting bench, kissing bench, gossip’s chair, or conversation bench, the courting couch had two seats arranged in an S shape. The two people sitting on it can converse while looking at each other and be within arm’s reach, with a modest barrier between them.

The term love seat became popular in the 1900s as couples used it for courting. During the 1970s it was a popular practice to furnish a living room with matching sets that included a sofa, loveseat and chairs.

By the end of the 20th century, the loveseat had morphed from a romantic courting couch to just a small sofa that functioned well in small spaces.

These days the loveseat is not as popular as it once was and matching living room sets are no longer a must. However, the loveseat is still a good pick for space saving or as part of a set that also features a couch and easy chair.

Outdoor loveseats are still popular as a part of an outdoor set. It’s a piece of furniture that helps set up an area for visiting, gathering and conversing.

Our Amish made loveseats include a variety with some that recline and many that make a good fit for small spaces. Of course these loveseats will also work if you’re wearing a big dress or courting someone.

With the excitement and mystery of romance in the air this time of year, we’re here to help love blossom Read more 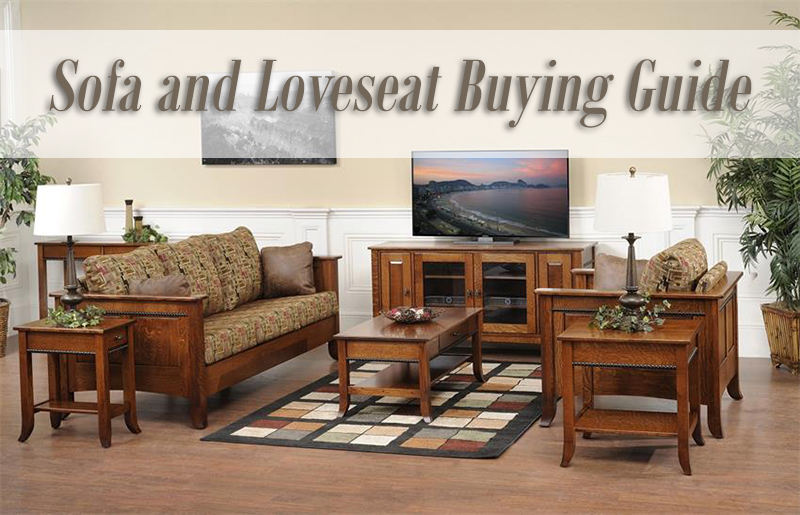