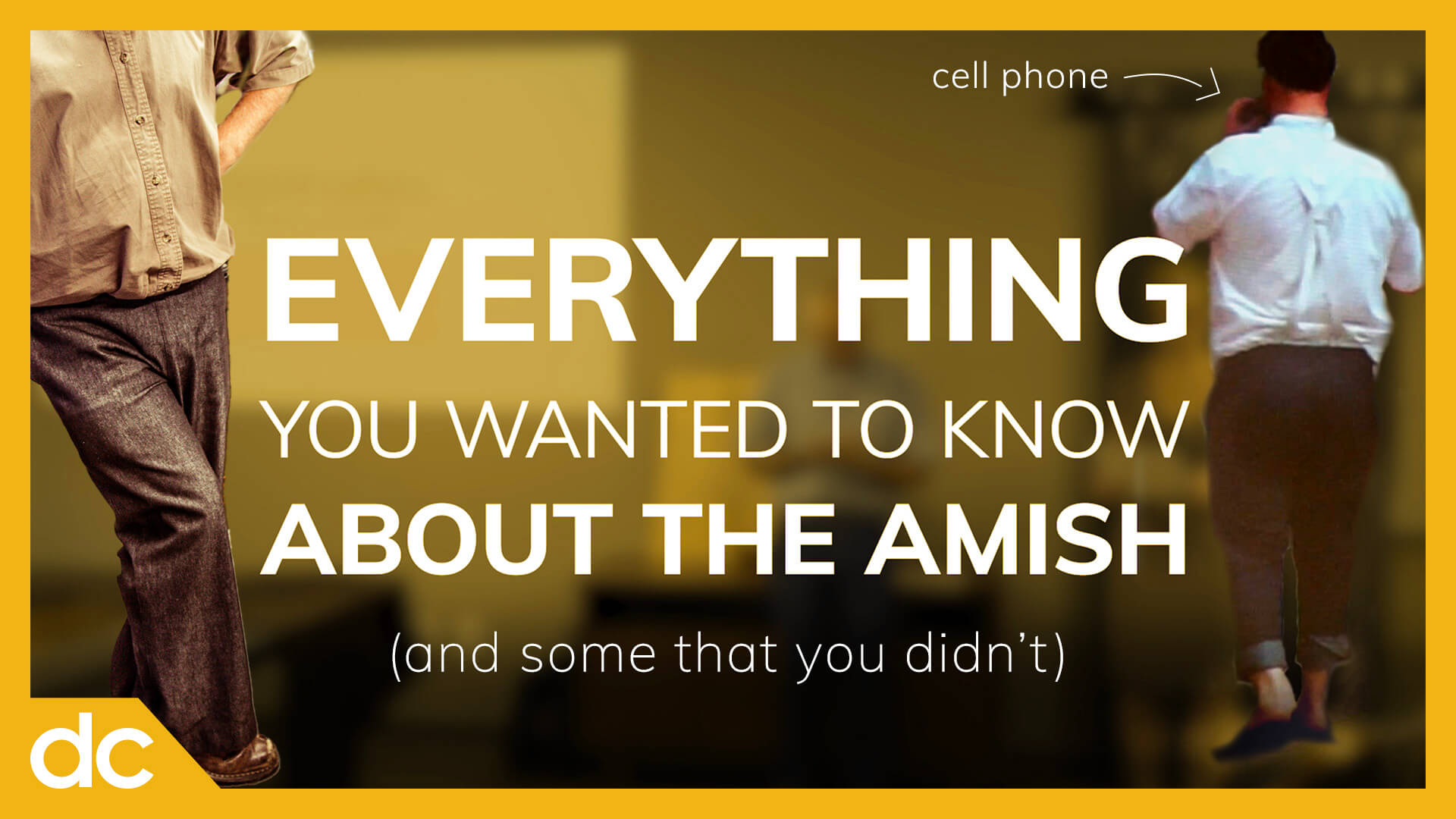 Amish clothing and appearance, shunning, marriage & divorce, and of course, Rumspringa. We think you’ll find any topic you want to hear about related to the Amish in this presentation: Everything You Wanted to Know About the Amish. Here at DutchCrafters, we work with Amish woodworkers every day, but we don’t all know everything we could regarding Amish faith and beliefs. So we brought in JB Miller, a Mennonite man with Amish family and a teacher of classes on the Amish and Mennonites. JB gave us insights on topics from the history of the Amish church to their life and culture to the Sarasota, Florida community of Pinecraft! Read more about the Amish in our Learning Center.

Our Presenter for this Video About the Amish

JB moved to Pinecraft at 9 years old, and his parents were born Mennonite. He attends Covenant Mennonite Church in Sarasota, FL, along with several other staff at DutchCrafters. JB is an instructor with Adult and Community Enrichment in Sarasota, and teaches two courses: Mennonites, Amish, and the Pinecraft Community and Amish Customs and Practices.

History of the Amish

The Amish church was founded in 1693 after a group led by Jacob Amman split from the Mennonite church in Europe. Mennonites came to the United States in the 1600s and the Amish moved over in the early 1700s, where they initially settled near Philadelphia.

The Amish have settlements in 30 American states, 4 Canadian provinces, and 4 countries. The largest are in Holmes County, Ohio, and Lancaster, Pennsylvania, with Elkhart County, Indiana coming in third. These are the locations of all the woodworkers that DutchCrafters works with as well. Although there are no Amish settlements remaining in Europe, there are now settlements in both Argentina and Bolivia.

A Continuum of Beliefs

According to JB, there are very few areas where he can say “All Amish do this.” The continuum of beliefs means some groups in certain parts of the country are more progressive than others. Some have stricter rules than others. But there’s one thing that’s almost universally true. Amish adults in good standing with the church will all have unique dress, such as head coverings and plain colored clothes. However, contrary to popular belief, there are Amish people in certain communities who use cell phones, smoke tobacco, and even drive cars.

Rumspringa, also known as “running around,” is a well-known part of Amish life. In Rumspringa, Amish youth are given freedom from the strict rules and expectations of the church. In popular culture Rumspringa is portrayed as wild, partying teenagers who leave their communities to go to the big city during their late teenage years. People often say that they decide after that whether to go back to the Amish. But JB says, that’s not true. He clarified that Rumspringa takes place before they join the Amish church, while they live at home in their communities. Their running around happens with other teenagers from their communities, not “English” people. But after all this, 80 to 85 percent of Amish youth end up joining the church!

Dating and Marriage in Amish Communities

The Amish usually begin dating in their late teenage years after getting a buggy. After deciding to join the Amish church and finding a partner, they get married surrounded by many family members and community members in huge celebrations. They’ll rarely marry Amish people from other states and VERY rarely marry anyone outside the Amish church. Divorce happens, but it’s infrequent, and remarriage after a divorce results in expulsion from the church.

In the 1920s, Mennonites and Amish settlers first moved down to Florida to the Sarasota area along the gulf coast. Here, the Amish established a settlement called Pinecraft. This is the reason Amish are in Sarasota and the reason DutchCrafters is headquartered in Sarasota today! As the city of Sarasota grew around Pinecraft, it became a unique little Amish settlement in the middle of a city, where people in hats and coverings can be scene riding tricycles around town and boarding the bus to the beach during winter months. Near-daily buses bring Amish and Mennonite vacationers down to Sarasota from the midwest throughout the winter.

Shunning by the Amish

Shunning happens in a lot of different ways in Amish communities. It generally means church members cease to eat with or worship with those who have left the church. Sometimes it breaks apart families and keeps kids from ever seeing their grandparents again, or adults from ever seeing their brothers and sisters again. But it generally doesn’t happen to teenagers who leave the community before joining the church.

Recently, a news story caught JB’s eye that he wanted to share with us. Three Amish families in Ohio decided to join the Church of Latter-Day Saints and become Mormon! Are you as surprised as us? Watch a short film about this Amish to Mormon story. It’s admittedly an unlikely pairing. But, one that appears to be a good decision for these families (if the recruitment film by the Church of Latter-Day Saints is to be trusted).

Drugs and Alcohol in Amish Communities

JB shared that drugs and alcohol have impacted the Amish in many communities. In fact, many Amish people smoke and even grow tobacco! Much like seeing an Amish man talking on a cell phone, it will make you do a double-take. But we’ve always found that to be true with the Amish. They’re never quite what you expect. But always kind, gracious, and good to work with.