What Is a Lazy Susan?

A Lazy Susan is a rotating tray that’s used on a table or counter to share food. It can be made of wood, glass or plastic, and it is normally round. 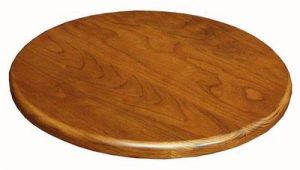 The Invention of the Lazy Susan

The Lazy Susan descends from the dumbwaiter and the original inventor is hard to determine. The path to the creation of the Lazy Susan is unclear, and its origin is considered a mystery.

Historians have traced the Lazy Susan back to 18th century England. At that time it was referred to as a dumbwaiter (this was before the term dumbwaiter was used to describe little elevators in estate homes that transported food from floor to floor).

Both the Lazy Susan and dumbwaiter were used in Europe and America. Their purpose was to assist in serving during meals and contributed to the replacement of servants. Lazy Susans are sometimes referred to as dumbwaiters since they shared a similar purpose. The Lazy Susan is thought to be a spinoff of the dumbwaiter. 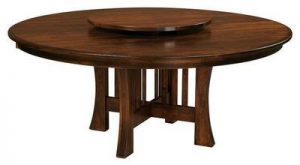 Frequently referenced in the search for Susan’s identity is a 1917 Vanity Ad Fair that is credited as first mentioning the term Lazy Susan. The ad was for a Lazy Susan made of mahogany selling for $8.50 at Ovington’s Department Store.

Lazy Susan Myths: Or Are They? 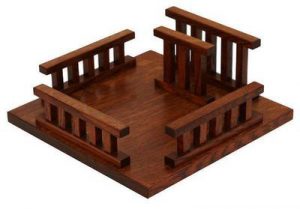 New Ways to Use Lazy Susans 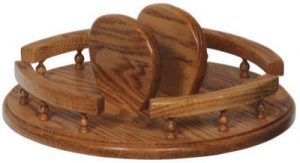 No longer considered kitschy, the Lazy Susan has become a multi-purpose tool for places inside and outside of the kitchen.

Do you consider yourself a gadgeteer? Love kitchen tools and can’t get enough of them? Kitchen accessories make cooking chores Read more

5 Things to Love About an Amish Secretary Desk

It’s pretty easy to name five things to love about a secretary desk, from its space saving features to its Read more

Things to Know About a Gentleman’s Chest

Let’s start with clarifying that as we dig into things to know about a gentleman’s chest, we are of course Read more

Cherry vs. Maple: Does One Make Better Wood Furniture?

There’s a lot to know about wood types when it comes to building custom wood furniture. Durability, color, cost and Read more